Cervical Dystonia (also called Torticollis) is a form of dystonia causing abnormal, fixed posturing of the neck muscles and can also exhibit dystonic tremors, often involving several muscle groups. Writer’s cramp (also known as focal hand dystonia) causes fixed posturing of the hand muscles, specifically during writing tasks. Our projects aim to study torticollis and writer’s cramp before and after injection of a medication called botulinum toxin A (BoNT A).  We are interested in seeing how the biomechanics of the muscles and joints change following such treatment. This clinical study has lead to the commercialization of Hinge Diagnostics, a new medical system for improving the assessment of cervical dystonia. 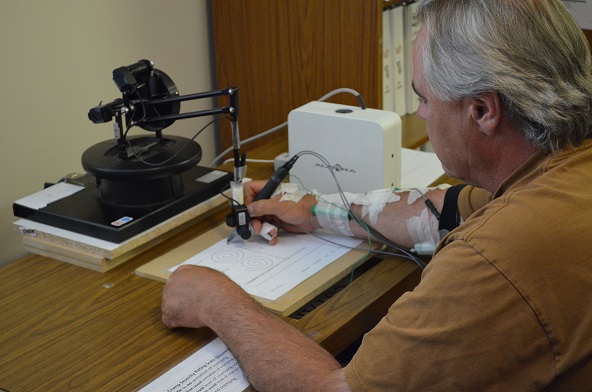